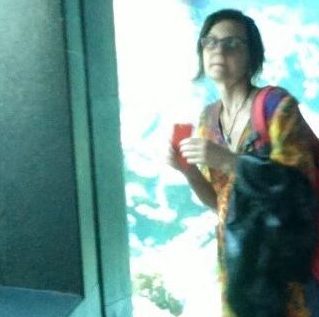 Agnieszka Lessmann grew up in Poland, Israel and Germany. She studied the German and Italian languages and literatures, as well as the science of theatre, film and tv  in Cologne. Since then she works as freelance writer. She published several radio features and eight radio dramas. Her radio drama „Murderers“ was elected „Radio drama of the Month“ in October 2011 and was nominated for Prix Europa. It was translated into Polish and broadcastetd by Radio Polski. Since 2015 Lessmann also works as a teacher in integration courses for migrants. On the basis of these experiences she wrote the radio drama „Einstiegskurs“ and most poems of her recently published poetry book „Fluchtzustand/ State of flight“. Her work was supported by several scholarships. She lives near Cologne and is a member of PEN Germany.